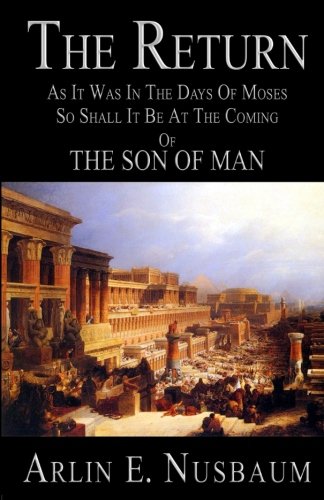 Is prophecy set in stone? Has the future already been written? Obviously, the answer is no; otherwise there would be no need for angels or miracles, and no reason to be happy or sad. However, when it comes to prophecy, people are a little less flexible and believe things are set in stone.

The point of this web site is to present to the reader an alternative, less fearful expectation within the realm of possibility for how we can arrive at the prophesied Millennium of Peace. To give an example where God changed His mind or “repented” from what was prophesied, we offer the following accounts.

One of the great Bible prophets Isaiah prophesied that King Hezekiah would die. King Hezekiah resisted Isaiah’s prophecy and went “over his head” and straight to God and asked that the outcome be altered. God heard his cries and repented:

1 In those days was Hezekiah sick unto death. And the prophet Isaiah the son of Amoz came to him, and said unto him, Thus saith the Lord, Set thine house in order; for thou shalt die, and not live.
2 Then he turned his face to the wall, and prayed unto the Lord, saying,
3 I beseech thee, O Lord, remember now how I have walked before thee in truth and with a perfect heart, and have done that which is good in thy sight. And Hezekiah wept sore.
4 And it came to pass, afore Isaiah was gone out into the middle court, that the word of the Lord came to him, saying,
5 Turn again, and tell Hezekiah the captain of my people, Thus saith the Lord, the God of David thy father, I have heard thy prayer, I have seen thy tears: behold, I will heal thee: on the third day thou shalt go up unto the house of the Lord.
6 And I will add unto thy days fifteen years; and I will deliver thee and this city out of the hand of the king of Assyria; and I will defend this city for mine own sake, and for my servant David’s sake. (2 Kings 20; Isaiah 38:1-5)

The story of Jonah has another example of God changing His mind:

1 And the word of the Lord came unto Jonah the second time, saying,
2 Arise, go unto Nineveh, that great city, and preach unto it the preaching that I bid thee.
3 So Jonah arose, and went unto Nineveh, according to the word of the Lord. Now Nineveh was an exceeding great city of three days’ journey.
4 And Jonah began to enter into the city a day’s journey, and he cried, and said, Yet forty days, and Nineveh shall be overthrown.
5 So the people of Nineveh believed God, and proclaimed a fast, and put on sackcloth, from the greatest of them even to the least of them.
6 For word came unto the king of Nineveh, and he arose from his throne, and he laid his robe from him, and covered him with sackcloth, and sat in ashes.
7 And he caused it to be proclaimed and published through Nineveh by the decree of the king and his nobles, saying, Let neither man nor beast, herd nor flock, taste any thing: let them not feed, nor drink water:
8 But let man and beast be covered with sackcloth, and cry mightily unto God: yea, let them turn every one from his evil way, and from the violence that is in their hands.
9 Who can tell if God will turn and repent, and turn away from his fierce anger, that we perish not?
10 And God saw their works, that they turned from their evil way; and God repented of the evil, that he had said that he would do unto them; and he did it not. (Jonah 3)

The account of Jonah is instructive of something else – how believers who are hell-bent on seeing God’s vengeance on the wicked will react when it does not come to pass. Preachers who have made a living out of teaching the prophecies of doom and gloom will be hit the hardest. Some may even be like Jonah and wish for death instead of enduring humiliation.

1 But it displeased Jonah exceedingly, and he was very angry.
2 And he prayed unto the Lord, and said, I pray thee, O Lord, was not this my saying, when I was yet in my country? Therefore I fled before unto Tarshish: for I knew that thou art a gracious God, and merciful, slow to anger, and of great kindness, and repentest thee of the evil.
3 Therefore now, O Lord, take, I beseech thee, my life from me; for it is better for me to die than to live.
11 And should not I spare Nineveh, that great city, wherein are more than sixscore thousand persons that cannot discern between their right hand and their left hand; and also much cattle? (Jonah 4)

God “repented” of His intention to destroy Nineveh because of two reasons:

a. The required percent repented

b. Another percent were innocent (unable to discern right from wrong)

The City of Sodom is an example of an opportunity missed:

26 And the Lord said, If I find in Sodom fifty righteous within the city, then I will spare all the place for their sakes.
32 Peradventure ten shall be found there. And he said, I will not destroy it for ten’s sake. (Genesis 18:26-32)
24 Then the Lord rained upon Sodom and upon Gomorrah brimstone and fire from the Lord out of heaven;
25 And he overthrew those cities, and all the plain, and all the inhabitants of the cities, and that which grew upon the ground. (Genesis 19)

There have certainly been evil deeds done on earth, and many believers are waiting for God to pour out His wrath as described in Chapters 8-19 of The Revelation of John. Those things are so horrible, not just to the inhabitants of the earth, but to the earth itself.

As much as we may feel God’s wrath is warranted at this time, Jesus did save the worst sinners from death – “all men will be resurrected” (1 Cor. 15:22) and would like to keep all men from hell – “not willing that any should perish” (2 Peter 3:9).

The parable called The Prodigal Son is an example of the mercy we can and should expect from the Savior.

11 And he said, A certain man had two sons:
12 And the younger of them said to his father, Father, give me the portion of goods that falleth to me. And he divided unto them his living.
13 And not many days after the younger son gathered all together, and took his journey into a far country, and there wasted his substance with riotous living.
14 And when he had spent all, there arose a mighty famine in that land; and he began to be in want.
15 And he went and joined himself to a citizen of that country; and he sent him into his fields to feed swine.
16 And he would fain have filled his belly with the husks that the swine did eat: and no man gave unto him.
17 And when he came to himself, he said, How many hired servants of my father’s have bread enough and to spare, and I perish with hunger!
18 I will arise and go to my father, and will say unto him, Father, I have sinned against heaven, and before thee,
19 And am no more worthy to be called thy son: make me as one of thy hired servants.
20 And he arose, and came to his father. But when he was yet a great way off, his father saw him, and had compassion, and ran, and fell on his neck, and kissed him.
21 And the son said unto him, Father, I have sinned against heaven, and in thy sight, and am no more worthy to be called thy son.
22 But the father said to his servants, Bring forth the best robe, and put it on him; and put a ring on his hand, and shoes on his feet:
23 And bring hither the fatted calf, and kill it; and let us eat, and be merry:
24 For this my son was dead, and is alive again; he was lost, and is found. And they began to be merry.
25 Now his elder son was in the field: and as he came and drew nigh to the house, he heard musick and dancing.
26 And he called one of the servants, and asked what these things meant.
27 And he said unto him, Thy brother is come; and thy father hath killed the fatted calf, because he hath received him safe and sound.
28 And he was angry, and would not go in: therefore came his father out, and intreated him.
29 And he answering said to his father, Lo, these many years do I serve thee, neither transgressed I at any time thy commandment: and yet thou never gavest me a kid, that I might make merry with my friends:
30 But as soon as this thy son was come, which hath devoured thy living with harlots, thou hast killed for him the fatted calf.
31 And he said unto him, Son, thou art ever with me, and all that I have is thine.
32 It was meet that we should make merry, and be glad: for this thy brother was dead, and is alive again; and was lost, and is found. (Luke 15)

Two overlooked elements are that the son repented before the father celebrated his return, and the faithful son received his reward of inheriting all that the father had.

Another example of Jesus’ mercy was how he treated the woman caught in the act of adultery. He instantly forgave her but commanded her to “sin no more”:

3 And the scribes and Pharisees brought unto him a woman taken in adultery; and when they had set her in the midst,
4 They say unto him, Master, this woman was taken in adultery, in the very act.
5 Now Moses in the law commanded us, that such should be stoned: but what sayest thou?
6 This they said, tempting him, that they might have to accuse him. But Jesus stooped down, and with his finger wrote on the ground, as though he heard them not.
7 So when they continued asking him, he lifted up himself, and said unto them, He that is without sin among you, let him first cast a stone at her.
8 And again he stooped down, and wrote on the ground.
9 And they which heard it, being convicted by their own conscience, went out one by one, beginning at the eldest, even unto the last: and Jesus was left alone, and the woman standing in the midst.
10 When Jesus had lifted up himself, and saw none but the woman, he said unto her, Woman, where are those thine accusers? hath no man condemned thee?
11 She said, No man, Lord. And Jesus said unto her, Neither do I condemn thee: go and sin no more. (John 8)

Another example of Jesus’ love is the Parable of the Ninety-Nine.

11 For the Son of man is come to save that which was lost.
12 How think ye? if a man have an hundred sheep, and one of them be gone astray, doth he not leave the ninety and nine, and goeth into the mountains, and seeketh that which is gone astray?
13 And if so be that he find it, verily I say unto you, he rejoiceth more of that sheep, than of the ninety and nine which went not astray.
14 Even so it is not the will of your Father which is in heaven, that one of these little ones should perish. (Matthew 18)

There is, of course, a plan to take care of the unrepentant, unrecoverable, wicked. See Consequences for details.

The following list was compiled by the Hetrick family:

3 prayers for God to repent (change His mind) of sending judgment.

Scroll back to top